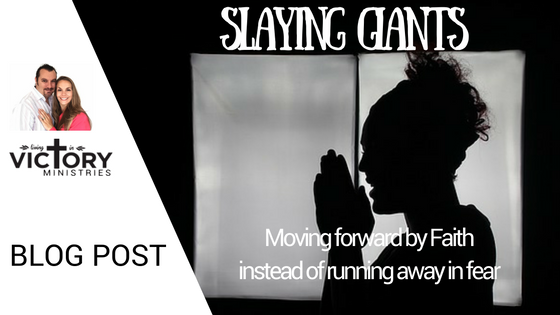 It’s funny how fear can stop you getting to where you are supposed to be and yet faith can cause you to triumph. Just look at the story of David and Goliath (see 1 Samuel 17). Goliath was all that stood between Israel and the plans God had for them. Yet this one  man, Goliath, used fear as a weapon to keep a whole nation paralysed. If you look at the story, no battle actually took place, it was all about the enemies fear and intimidation tactics that caused the soldiers not to advance. What Israel saw and heard kept them defeated. 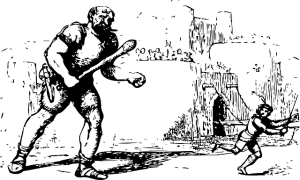 So how come David saw victory when everyone else saw defeat? After all, the size of Goliath and his threats never changed when David came along. So what was the difference? I believe the difference was this. David saw and heard a different outcome. Where everyone else saw certain defeat, David saw an opportunity for his God to come through again. David was not intimidated by a giant. All those moments of fighting bears and lions had prepared him to take on a giant. If his God was with him defeating bears, He would be with him defeating giants. He had a revelation of the covenant he had with God if God was for him, who could be against him.

David never ran from fear, he ran towards it Click to Tweet
, having confidence in the power of his God to defeat any enemy. David’s belief in God’s ability to deliver him was bigger than the giant’s threats to defeat him. David had faith in God, not faith in the fear tactics of the giant in front of him. Goliath screamed just as loud at David as he did at everyone else. But David refused to listen to fear and did not allow it to influence him. David’s eyes and ears were fixed on the promises of God, and the giant that crossed his path had no authority over him. Subsequently, David defeated him with ease. 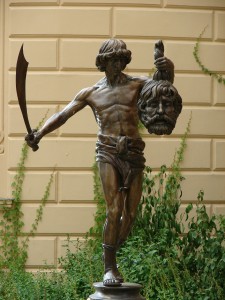 Just like David and the Israelites, so too will we face giants in our lives from time to time.These giants may come in the form of a sickness, worry, a challenging situation, financial issues and more. But the way we respond to these trials are crucial. Are we going to allow those challenges to keep us captivated by fear, or are we going to fix our eyes on Jesus and see the deliverance of the Lord? Let’s be like David and know that if God is for us, then no giant can stand in our way very long. We are people of the covenant and God will show us what to do and how to defeat any giant that comes across our path. Sometimes a situation may shout at us so to speak but we need to not be afraid or intimidated because God will deliver us from every form of evil.

Yes, we will all come up against difficulties sometimes, but let’s make sure we run towards the challenges by faith and not run from them in fear. I encourage you to keep your eyes and ears focused on God and His word. Remember that those for us are greater than those against us (see 2 Kings 6:16). God has our backs and he will  always deliver us and keep His promises.

Faith and fear both work, let’s make sure we are activating the right one in our lives.

Byron from Living in Victory ministries sends out regular devotions, Christian encouragement pictures and blog posts. Be sure to sign up to our blog to make sure you always stay encouraged.

If you enjoyed this post, check out some of my previous posts. Is God still good when life doesn’t seem to be?, No fear in the midst of chaos, Need help reading the Bible?Trusting God in hard times. Or just check out my whole blog.

Byron is the author of Testimonies of a Good God book. A true story of struggle and yet great victory in Jesus.